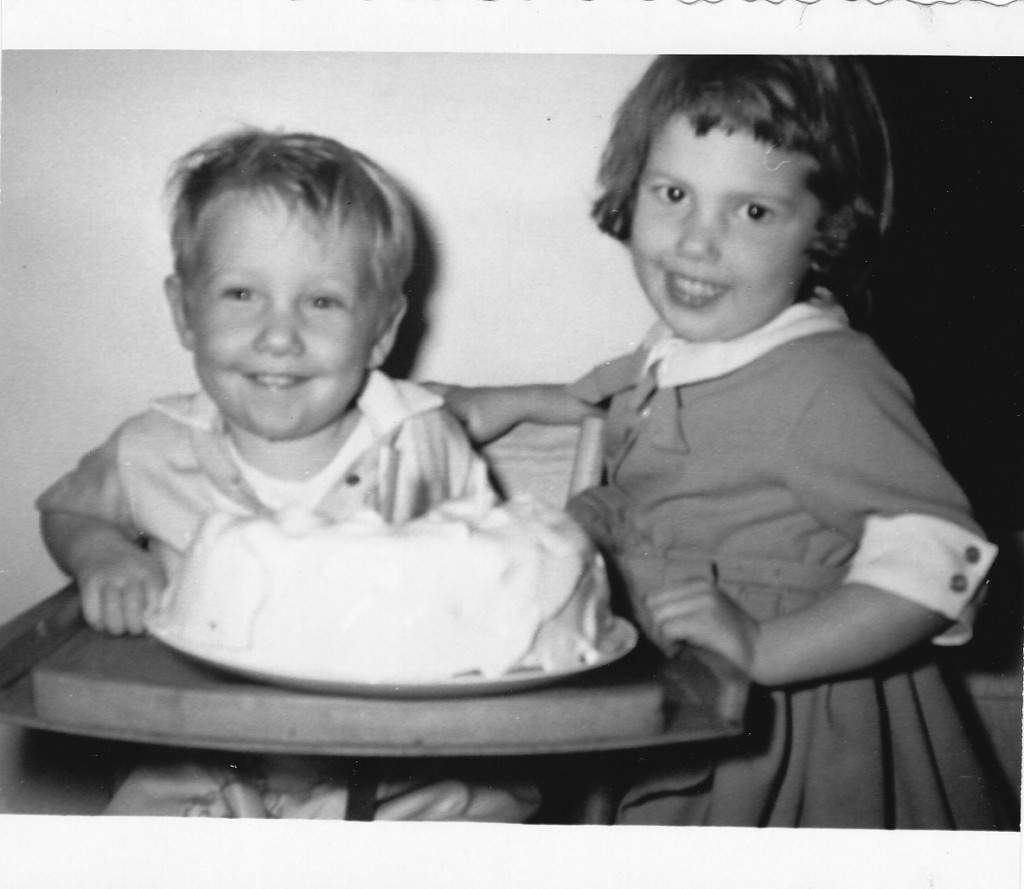 I once tried to take my brother Don to kindergarten. I dressed him up in my blue crinoline and snuck him out the door and into the waiting carpool car. Mr. Sachowsky asked, “Are you supposed to have Donnie with you?” “Oh yes, I said, “I’m bringing him for show and tell.” We were just pulling away when our babysitter Mrs. Descharne came flying down the front steps of our house, waving her arms wildly.

Here we are, decades later and I’m still wanting to show my brother off. As I’ve said in other posts, Don is a very creative guy. He designs responsive websites, so your site will look good on any devices. He’s also my go-to guy on search engine optimization (SEO) – making it a lot more likely that people will find you while googling around.

As far as I know, since that time when he was two, he has never worn any crinolines. Happy Birthday Don!