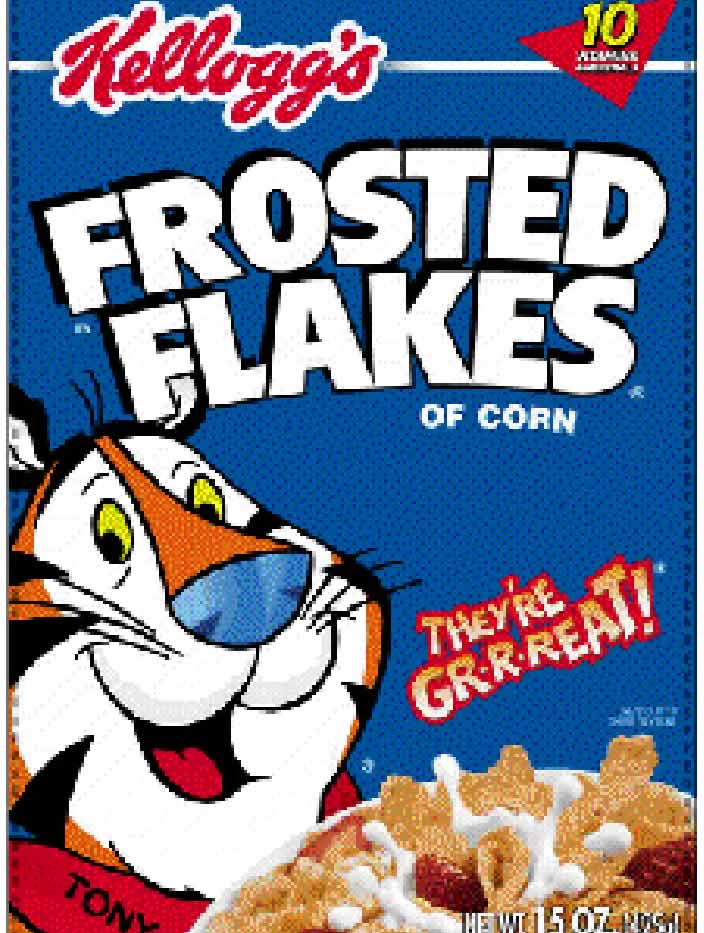 Walmart has a commercial running right now that features a young boy at a kitchen table with a giant box of frosted flakey cereal in the foreground, a granola bar and a barely visible fruit cup. The mother is asking him to choose which one he wants in his lunch. The kid can’t decide, he wants both. The voice over reminds shoppers that Walmart carries all the wholesome foods a family could ever need. Wholesome? I worked in the ad world myself, so I know the game. But I resent it when marketers dress up the truth. When I was at Ogilvy & Mather in Toronto, part of my job was getting food product ads through the various approval boards. You had to be very careful about the claims you made. The wholesome Walmart ad seemed to be a blatant lie, so I sent in a complaint to the Advertising Standards Canada (ASC). Here’s the response I got:

Seriously. One nutrient? That’s just GRRRREAT!! The ASC has a handy fill in form on line if you ever get the urge to complain. If they hear enough complaints, maybe they’ll decide to up the nutrient requirement.