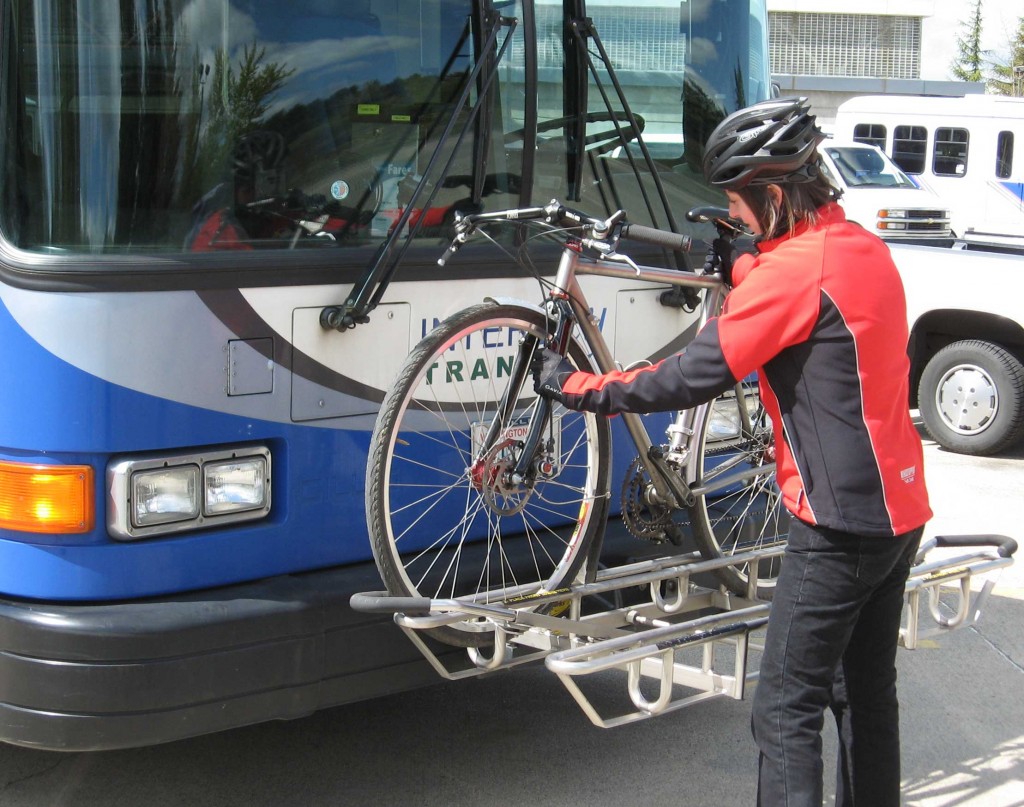 I rode up to UBC today and decided to take the bus home. That meant putting my bike on the rack at the front of the bus. I’ve only done it once before and that was nearly a year ago. It wasn’t a busy day that time and the nice bus driver helped me put the bike on the bus and take if off after he saw how much trouble I was having. Today I had the bike half loaded onto one bus (with the help of a student in the bus line-up), when another bus pulled up and signaled that we should get on his bus. Geesh, time pressure and an audience, but I managed to do it with only minor cuts and bruises. Then I was terrified for the entire ride home about taking the bike off. It’s tricky and the video on Translink’s website does not give enough close-up detail in my mind. I warned the bus driver two stops before mine that I would be unloading the bike. The bus was jammed and his speedy driving indicated he was in a hurry. Then I told him I wasn’t sure I knew how to do it, as it was only my second time, hoping he’d take pity on me. He said, “Just like you put it on.” Yeah, I had been checking to make sure my bike hadn’t fallen off for the whole ride, that’s how confident I was about my technique. I said, “Okay, I’ll try to be fast.” Thankfully, he told me not to rush. And I did it! Third try should get me over my phobia.